Do you Promise to tell the Tooth the Whole Tooth and Nothing but the Tooth?

My 5 year old daughter lost a tooth.  She wiggled and squirmed and bobbed as she pulled her bottom lip aside to show me that she had finally lost the tooth that refused to give up.  This tooth had been loose for months it seems.  I can’t remember the last time the child ate an apple or a carrot without dramatic whines of pain. So, finally she is free from the tooth and excited about her visit from that all-important winged sprite later that night.

At 5:30 the next morning I woke up with a jolt!  The “Tooth Fairy” had slipped into an exhaustion induced coma and had forgotten to make the tooth/money exchange.  My daughter had been very excited the night before, and so it had taken her a while to fall asleep.  I had stopped by her room several times to see if she was “out” so that I could leave the money without her noticing.  When she was still restless at 10pm, I sat on the couch to watch Channel 10 News and catch up on the day’s events, of which I saw about 45 seconds before sacking out.  Hubby must have gotten me upstairs somehow, because here I was, wearing the same clothes as the day before, PANICKED because I had forgotten to do my parental duty.

OK, I thought.  It’s very early.  She’s not up yet.  I can sneak in and do it now and she won’t be the wiser.  Money in hand I take a detour before her room and got a tissue out of her bathroom.  It’s allergy season and we were of out of them in our bathroom.  Carrying the tissue and dollar, (we give a dollar, boo to you insane parents who give $5, $10, $20 a tooth…they lose far too many teeth for that and you make the rest of us look bad…) I tiptoe up to the bottom bunk.  She was lying motionless on her side facing the wall.  I slowly slip the money hand under her pillow.  Home Free!

A split second later, she turns over ever so slowly, with eyes the size of saucers, and looks right at me!  A cold chill creeps up my spine. “Well hi sweetie, what are you doing up so early?” I say, “I was just borrowing a tissue from your bathroom…” I am not a good liar, so I decided not to take the story any farther.

All this as I am gingerly slipping my hand out from under her pillow.  “Well,” I said, “Why don’t we look again together?”

She carefully peels back her pillow to discover that the Tooth Fairy, against all odds, had indeed visited her!  Phew!  I thought.  She says, “How could the Tooth Fairy have come?  I’ve been awake since the last time I looked.  She MUST be invisible.”  And just like that… acceptance of this newly discovered truth about the Tooth Fairy.

A grateful, “invisible” Tooth Fairy kisses her on the nose and says, “OK dear.  Go back to sleep now, it’s too early to be up.”

I wish we all had such powerful childlike faith.  No doubting.  No second guessing.  Just swift acceptance of things hoped for, and yet unseen.  No questions dogging her mind about why her mother, who hates to be awakened before 8am, was kneeling by her bed in the wee hours of morning.  No suspicion of my hasty explanation about needing to borrow a tissue. Just faith.  And with that faith a peace that allows for miraculous circumstances and fosters those magical dreams that can only come from the heart of a child. Let’s all take a cue from our kids.  With a free flowing, childlike faith in a God who is, unlike the Tooth Fairy, infallible, we will have far less anxiety and far more confidence as we face this bumpy road of life.

Here’s to gaps in your smile, but not in your hope-

Karis Murray is a Scottsdale, Arizona native and mother to daughters Riley, age 7 and Lydia, age 6.  She is currently the Creative Director for the Family Matters Minute Radio Show and serves as Lead Writer and Editor for the show.  She has been a freelance writer for more than 10 years and is a poet in her own mind! 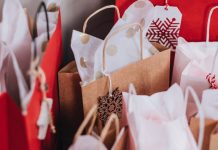 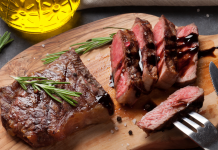 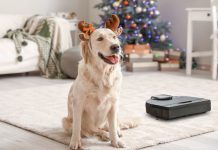 What Robot Vacuum Should You Buy?