February in Arizona. Lounging at the park while the children play, dipping our toes into the still-chilly pool… freaking out when we see our first scorpion of the year. Yep, frighteningly, it’s that time of year when the temperatures start rising and scorpions emerge from hiding. And, occasionally, make it into our homes.

We have our incredible post from the archives about 7 things I’ve learned (the hard way) about scorpions (which, if you haven’t read already, you really need to read) – and here are our contributors’ best, scariest scorpion stories or tips!

Monika: Ooohh, I have a doozy. We had just finished adding on a room to our house. I was awakened in the middle of the night – I like to say by my conscience. No idea why, but I had to check on my kids. I walked to their bedrooms (barefoot, no less), and saw something move in the dark on the floor. I ran, got my black-light flashlight and saw THREE scorpions going underneath my one-year old’s door. I quickly smashed them (brave Bear Mama kicked in) and then I saw down the hallway by the new addition TWO more scorpions. Smashed those. I have never been so terrified. There was no other reason for me to have suddenly woken up at 2am … Mom’s sixth sense, or angels no less.

Sara: Has anybody else heard of the common secret weapon – Raid Ant & Roach killer? I’m not usually one for chemicals but our exterminator told me about it – totally makes those little suckers squirm and die, I love it <insert evil cackle here>!

Marina: My only tip is that I refuse to use a black light and look for “trouble.” In my world, ignorance is bliss – but then again I’m the type to think I have a shot at winning the lottery, too!

Renee: Ummm, well, being new to AZ, I had no idea scorpions were a fairly common thing to find in your house. We moved into a home that had been vacant for many months. After unpacking all day, we finally lounged on the couch, dimmed the lights and watched a movie. As we went to turn off lights before bed, we noticed not one, but 10 scorpions crawling around!!! Shoe in hand, we smacked them all and called the exterminator the next day for help. Now we keep those sticky traps under every dresser, sofa, and bed in the house! 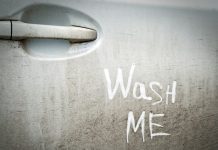 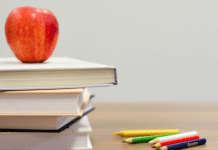 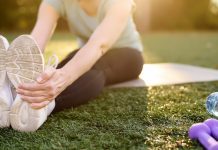