Ah, a brand new year. A clean slate. Fresh beginnings.
A chance to cast off the old and put on the new.
Just like a diaper.

2014 was a particularly big year for me; A milestone year, if you will. I learned to walk and open doors. I mastered the fork. I single-handedly discovered the recipe of Nutella and potato chips dunked in pool water. Peppa Pig and Daniel Tiger duel for the distinction of being my personal BFF, and I have reached full-blown Construction Truck Groupie status.

Now, as I ponder the impending bloom of 2015 from my 7:30 New Year’s Eve bedtime, I am filled with toddler-esque determination in the face of what lies ahead.

The Obligatory Diet Nod
Every good New Year’s Resolution begins with a renewed subscription to the world of food abstinence. Therefore, I will shun any food purported to be a vegetable. If it looks, feels, smells or is positioned too closely on my plate to a vegetable, it shall be spurned in my heart and then donated to the nearby waiting pooch. As for the pooch food, that’s fair game.

New Boundaries: Electronics
We live in a society that is increasingly distracted by electronics. We fail to heed warnings, blocking out the voices of those around us, and we have no concept of delayed gratification — EVERY thing must be immediate EVERY time. This is conveniently in exact keeping with the toddler mindset. So it only makes sense to resolve that by 2016, that currently forbidden iPad will somehow be mine.

In a Word
At a recent play date, this gym-clothes-clad woman I call Mama was describing her Key Word for the coming year. She mentioned “Brave” or “Give” or “Whole”.  I like this idea, and so, I too have adopted a word for 2015.
And that word will be: NO.
No. So small, yet so very powerful…
– It pertains easily to a wide variety of scenarios. Sometimes, this Mama lady even seems happy to oblige. For example: “NO banana” – while pointing to an apple will most often yield you an apple. Brilliant!
– Yet, “NO banana” – while pointing to an Oreo does not seem to result in an Oreo. Unless your audience is the babysitter. Or Dad.
– It can be personalized, as in, “NO, Doggie” — “NO, Grandma” — or “NO, Mama” (this last one being a particularly potent combo).
Oh, the places that “NO” will take me…

The Will-Nots
In keeping with my Key Word, and in recognition that character comes not only through what one does but also through what one resists in the face of exacting pressure, I would be remiss to discount these Will-Nots.
To my best ability and skill, I assert that in the year 2015, I WILL NOT:
– potty-train.
– relinquish the binki.
– sleep past 6:30AM.
– forget where they hide those Oreos.
– keep the lid on my sippy cup, nor the straw in its hole.
– go willingly into the carseat.
– play with any toy for longer than 7 minutes…
– …unless that toy makes a huge mess and boasts a triple-digit decibel level.
– keep my fingers out of my mouth.
– keep my fingers out of my nose.
– keep my fingers off of my friends...
– …or out of their mouths or noses.
– ride in the stroller when I could be walking.
– walk when I could be running.

There you have it: My list of resolutions for this sparkling new year.
With that, I lift my lidless sippy cup, and clink you *CHEERS* to happiness and health! 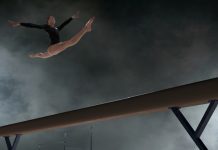 What Sports Parents Can Learn from Simone Biles 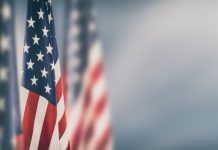 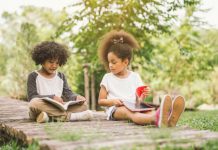