When it came time to wean my toddler from the breast, it was very difficult to find any helpful and practical information on the “how-to” of weaning toddlers.  Trust me, I tried.  I Googled every key word I could think of to give me the solution.  Most of the information was geared towards young toddlers or babies.  Not much is written for weaning a soon-to-be three-year-old.  I was very fortunate to be able to breastfeed both of my babies for extended length of time.  My first baby nursed for 21 months.  My second baby nursed for two years, eight months, and twenty-six days.  I honestly thought he would go off to college and I’d have to go with him. Starting off with my first born, I didn’t know a single thing about what to expect when it came to breastfeeding.  I remember thinking in those very early days, “Wow, six months is a really long time!” And truly, it is.  But by the time the six–month mark hit, we were in a groove and there was no sign of stopping for either of us.  Also, it was discovered around this time that he had a dairy allergy and mama’s milk was such a blessing.  We continued to nurse until he was 21 months.  I knew our time had come to an end when we were sitting together on the couch having a snack and watching Curious George.  The child was eating a dill pickle spear and leaned over to me, yanked down my tank top, helped himself to my breast for a couple of gulps, looked up at me with his sly eye and went back to gnawing on his pickle.  Later that afternoon, we went to a play date and my friend said, “I keep smelling pickles!” I remember feeling really annoyed with how “grabby” he was and I decided that the breastfeeding relationship was no longer beneficial to both of us and therefore it was time to quit.

I told my husband that I wanted to wean him and the only way I knew how was to just leave the house. Every night Daddy did the bedtime routine and I would come home after he had fallen asleep.  That bedtime nursing session was how he fell asleep, but I also knew he could go to sleep without me as he would do so when Mommy had a night out.

It was such a special time, and I’m so grateful we had it.  I really gave it my all.  I remember thinking that I would really miss the way he would look up at me with his big blue eyes and we would just stare at each other in absolute adoration.  But alas, we both moved on and have enjoyed other ways to bond and spend time together.  Now the little brother was a whole other ball game when it came to nursing.

We rarely had those precious, tender moments you see on Instagram.  I never could relate to the images of a mother in a flowing, gauzy white dress and a flower crown around her head nursing her peaceful naked baby.  My second baby nursed on me like a wild wolverine clawing at me and doing gymnastics, flipping every which way as if my breast was putting up a fight and he was trying to kill his prey.

Try as I may, I could not get my second baby to sleep without nursing.  He also would not sleep in his crib.  The moment I tried to lay him down, he would wake up and start crying.  Without fail, each and every attempt, he would wake up in the transition from boob to crib.  I couldn’t let the baby cry it out because it would wake up the three-year-old.  What ended up happening was nearly three years of very little sleep for me because I was nursing all night, every night.

By the time he turned two, I was so frustrated and tired of nursing.  There were times where I actually felt like my skin was crawling because I was so annoyed with it.  Can you imagine?  Nobody ever says that, but I know I’m not the only one who came to the end of her nursing journey and felt that way.  I love my children very much and that goes without saying.  But I was tired and I was over it.  He wasn’t.  He was perfectly content and he didn’t want to stop.  I Googled different ways to wean a toddler, but most of the information was useless to my situation, such as, “cut out feedings.”  We were only nursing at nap time and nighttime.  Cutting out the naptime nursing meant cutting out the nap.  Or Google said to go away at night, like I did with my first one.  That didn’t work because he would just wake up in the middle of the night to come nurse on me.  The Internet also tried to shame me by saying that this was the most special thing imaginable and that I should be so grateful for this time and to enjoy every last special second of it and my child would eventually just wean by himself.  *heavy sigh*

“I know it’s special, Internet.  I’m so grateful for this blessing.  I’m just so tired.  Don’t you understand?” -Me, almost 2 years straight.

Since finding useful information that pertained to my particular situation of wanting to wean a soon-to-be three-year-old was non-existent, I present to you the purpose of this article.  How do you wean a stubborn toddler from nursing?  Well, what I did was this… I bribed him.

His older brother started Kindergarten a few weeks prior and along with that big milestone was a new pair of “super speed Nikes.”  The baby brother was so jealous and loved trying on his brother’s shoes.  So one night, in the middle of the night, I said to him, “If you quit “boo” (what he called nursing, which actually meant boob) right now…no more boo ever again…boo all gone…Mommy will buy you a new pair of Nikes.”  The child looked at me with sleepy eyes, moonlight shining on his angelic face, didn’t utter a single word and just rolled over and went to sleep.  Early that morning, as the sun was just about to come up, he tried to get a little snack.  I whispered, “Do you want super speed Nikes?” He nodded yes and smiled and that was literally the end of that. 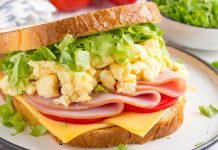 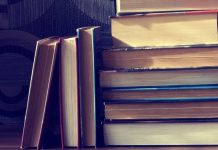