There I was back in November, writing my blog post about Christmas gifts to give your children real happiness.  The post got a lot of traction and, while writing the article, I had conviction that I was going to make this year different.

Fast forward to mid-December as I moaned to a girlfriend that my children were going to get more plastic toys than I had planned.  Her response?  “Oh, I knew that would happen.”  Silence.  What?!?  She could tell by reading my words that I wasn’t going to follow through?

Yes, indeed.  She explained that I had committed major self-sabotage by using a Powerless Word.  In this case, it was the word “try” – as in, from my article, “I decided it was time to try something new this year – if only for my organizational sanity.” Turns out powerless words are words that you use as filler when you’re lacking commitment and action.  And when I reflected on it, I realized my friend was absolutely right.  I used “try” all the time – like when I was sleep deprived with a sick child and newborn and bumped into someone and said “I’ll try to give you a call to catch up soon.”  Or, when I was invited out to some late night event and instead of saying no (or being spunky and saying yes), I just said “I’ll try to make it after I get the kids to sleep.”

Really, if your friend said that, would you expect to see her?  I knew I was going to crawl into bed at 8:30pm that night, but I didn’t want to commit.

What’s the harm in that, you ask?  Using powerless words undermines your message.  Take a read through the next two sentences and think about which way is more effective:

The answer is pretty clear to me, now that I’m aware of it.

So how do you go about eliminating a word from your vocabulary?  It takes about a month to create a new habit.  Start with simply noticing when you use the word.  Notice when other people use the word “try” and decide if they’re really going to do it.  Ask your partner or friends to call you on it when you say the word (so annoying, but it’s working!).  Then rephrase “try” and instead say “I will” or “I get to.”  You’ll soon feel much more convicted and confident in the message you are getting across.  Who doesn’t want to start 2014 feeling powerful?!

What do you think?   Keep a look out for my next post where I will share with you the top five powerless words to eliminate from your vocabulary!! 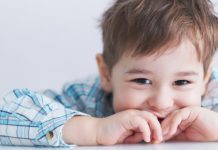 How to Wean a Stubborn Toddler from Breastfeeding 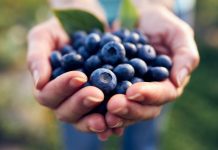 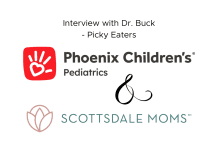 What Should You Do When You Have a Picky Eater?

ashleyjones - September 9, 2022 0
As all of our older kids head back to school, mamas with toddlers are now able to focus on more age appropriate and fun...