Here’s some unfortunate irony: More than half of parents (56%) say they gave their child a smartphone for safety and security reasons. Yet, 40 percent of all mobile devices are prone to cyberattacks.

Parents motivated by security are often thinking in a physical sense, not a virtual one. After all, it’s how most of us prioritize our child’s well-being. But the world is changing. Today’s bad guys are less likely to come through cracked windows than hacked Windows.

If your child has – or soon will have – a smartphone, read on. These smartphone safety tips are things you can do to make it, and the other devices on your network, less of a siren call to attackers.

“But Who Would Hack Us?”

It’s common for families to consider themselves an undesirable target for cybercriminals. But, here’s the reality: the dark web marketplace offers downloadable “kits” that make attacks on individuals and homes not only affordable, but very scalable. In other words, it’s easier for criminals to steal smaller amounts of data from a bunch of people than go for bigger amounts in an enterprise attack. Home networks are far less secure than corporate ones, so it’s easy to see the appeal of running concurrent small-scale attacks.

Novice and experienced data thieves alike use inexpensive hacking tool kits to cast wide nets that snare big caches of personally identifiable information, or PII. The crooks either sell that PII to other bad actors or use it themselves to pull off lucrative identity crimes.

The PII of children is an especially juicy catch because it typically accompanies unspoiled credit histories, which enable identity thieves to take out loans that never get repaid. (Try applying for student loans years later with a wrecked credit history. It’s not pretty.)

When connected to vulnerable home networks, smartphones are a pathway to all other PII-rich devices on the network – computers, tablets, smart appliances, virtual assistants, security cameras and intelligent doorbells. Just think of what’s on your home laptop alone – last year’s tax return, digital photos of your kids, the emails and physical addresses of everyone you know, a cache of stored passwords, maybe even a few sensitive work files.

When ransomware finds its way from a child’s smartphone to its home network, each of the above PII elements (and so much more) are at risk of not only malicious encryption, but also theft and resale. Recovering that data, not to mention repairing the damage from illegal use of it, is a painful process that demands major financial and emotional fortitude.

Fortunately, there are four easy, inexpensive things parents can do to mitigate the risk of ransomware attacks originating on a smartphone.

By day, Scottsdale father Eduard Goodman is chief privacy officer for intelligent identity security firm Sontiq. By night, he is head of the Goodman family IT department. Chat with him at [email protected] 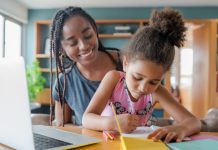 The Best Decision Our Family Made This Year 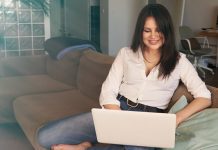 What to Buy this Prime Day! 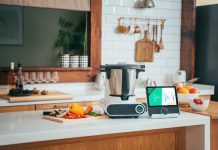 A Kitchen Appliance that Preps, Cooks, and Cleans? Yes, You Read that Right.