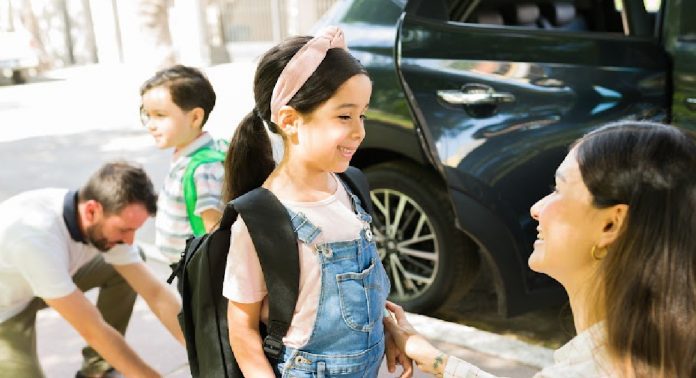 There are so many good reasons to carpool, especially in neighborhoods with a lot of children headed to school each day. Parents save time, gas money, and avoid the aggravation of idling behind an endless sea of taillights on I-10 or inching along in stop-and-go traffic.

But no one wants to get that call that there has been an accident. When it comes to carpool arrangements, most people never consider the downsides. And if an accident happens, the first question that comes to mind is, “Is the driver or owner of the car always responsible?”

Who’s Responsible for Carpool Accidents?
It seems logical that the driver of the car is liable in a collision, but it is not always so cut and dry. If the carpool vehicle is hit by another car whose driver was purely at fault, for example was speeding or impaired, that driver’s insurance would pay for the damages and any injuries.

Under Arizona law, all drivers must carry a minimum of $25,000 per person of bodily injury insurance or $50,000 for two or more people, as well as $15,000 for property insurance. That money can be spent fast by a carpool group of several children, especially if the accident causes serious injuries.

You Can Be Held Responsible
Car accidents can be hotly debated between the at fault driver and those involved in the crash. If there were other vehicles in the car crash, they too may be found at fault. Under Arizona’s law of comparative negligence, meaning fault can be assigned by percentages, you could find there is more than one person who caused the accident and the damage that ensued.

It’s particularly unsettling if you were driving and a child that is not your own is injured.

As experienced carpool accident attorneys, we have seen cases with extremely different outcomes, and we know it’s important to have representation right away after an accident occurs. Our offices are located in Chandler, Peoria and North Phoenix, and we can consult with you and your family in person, or on the phone or a video meeting. Call for a free consultation to make sure you have the best possible representation from your carpooling accident.

Causes
Although carpooling is generally thought to be safer than single-occupant driving, navigating schools and congested neighborhoods brings its own set of challenges. Some causes for accidents while carpooling can be attributed to:

How Common Are Injuries in Accidents?
In 2020, 113 people were injured per day in crashes in Arizona, according to the Arizona Department of Transportation.

The very worst fear most parents have is that of catastrophic injury to their child. Accidents involving speed are the most likely to result in severe injuries or death. Some major injuries caused by car accidents include traumatic brain injury, broken bones, burns, and even death.

More common injuries are not always noticeable right after the accident. Those can happen due to the sudden stop of the car, the place your child was seated when hit, or from the seatbelts restraining passengers. Soft-tissue injuries, as they are called, include whiplash, neck and shoulder pain, and muscle aches.

Immediately after an accident, police will process the scene and interview witnesses to determine the cause. Each driver’s insurance company will also conduct an investigation, to assess costs of damages to the property and injuries in each vehicle. It is vital to have your child seen by a doctor after a collision, even if injuries are not visible. If you skip a medical exam, your child could suffer chronic pain or complications from injuries you didn’t even know were there.

Compensation
In many cases, both parties want to avoid a long and expensive court trial, so they come to a financial agreement called a settlement. A settlement amount of money varies, depending on the severity of the accident. It could be something small like $15,000 for a damaged fender, to hundreds of thousands for a fatal crash. Settlement money is used to pay outstanding medical bills, attorneys and related legal costs, such as court filings. The remainder of the money goes to the accident victims.

If you or your child has suffered from a carpooling accident, you have been through enough trauma and stress. Working with a top-rated attorney can ensure your case has a positive outcome and your family is treated fairly. A good attorney’s job doesn’t begin and end with you getting a settlement – the quality of the attorney doesn’t matter if your quality of life suffers while justice is on the way.

At Thompson Law Firm, we can become your short-term go-to people. Yes, we will help you get a fair settlement, but we can also recommend doctors and specialists if needed, getting a rental car big enough for the whole family, and anything else you may need to help you get back your peace of mind.

Thank you to Thompson Law Firm for providing the content of this post and for being a sponsor of Scottsdale Moms. 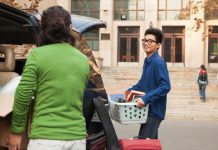 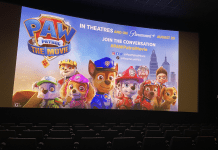