Facebook
Twitter
Pinterest
ReddIt
Email
I’d like to believe that we’ve all advocated for something or for someone at some point in our lives. As children, maybe we stood up for ourselves or someone else. Maybe we’ve supported a good cause, or perhaps we’ve never found ourselves passionate enough about anything that we’ve felt the need to advocate. I mean REALLY ADVOCATE with our whole heart and mind. But as parents, I doubt that is true. Special needs or not, you are your child’s best advocate.
I have always avoided confrontation or any kind of heated discourse. I’ve been told to grow a thicker skin, toughen up, and don’t cry so easily because no one takes you seriously if you cry when you’re advocating. Believe me, I’ve wished that I could be angry without becoming overwhelmed with emotion. I even deferred entrance to law school because I was afraid of being on the defense. I’ve never been a fan of argument or antagonism even if my heart of hearts knew that something was very wrong. What is worth fighting for?

Sure, I’ve raised money for different causes and foundations near and dear to my heart.  But, I did not know what it meant to “STAND UP” for something until our son, Dominic, was born. At just 10 days old, we were told that we could expect him to never walk, talk, eat on his own, and to expect him to be deaf, blind, and likely in a vegetative state most of his life because his brain injury was so severe. My husband wanted to punch the doctors. But, what did I do? I cried. I cried over and over. Ugly cries. Silent cries. Hopeless cries. Angry cries. Guilt-laden cries. Sad cries. Desperate cries.
7 years later and the words of those doctors, nurses, and therapists still strike a chord and are on repeat, WORD FOR WORD, in my head. Acronyms and really long diagnoses that I never want to hear again, but will never forget, still sting. I still cry, but not as ugly and not as angry or sad. My son has had little voice of his own, so my cries have turned in to words of advocacy.
I’m still learning just the right ways to advocate — whether it be at school, in doctor’s offices, or within our community. I get nervous and emotional, and I don’t always find the right words. And yes, I still sometimes let out a good cry afterwards. But, I’ve learned that advocating for my son does not have to be ugly nor does it have to be heated. It does not have to bring me to a place of defense or anger, although I’d be lying if I said that it never did. And, I’m hopeful it gets easier over time.

How do you choose to advocate?

I don’t like challenging someone and would prefer to not make it personal. But let’s be real here, sometimes all it takes is to ask “What would you want for your child?” A perfect example occurred last week when Dominic’s seizure medication was auto-shipped from our mail order pharmacy. It sat in the blazing hot metal parcel mailbox and was so hot to the touch that I could not even pick up the bottles out of the box. I spent 45-minutes speaking with customer service and the pharmacist who read every disclosure and safety/packaging instructions indicating that the medication was safe up to 122 degrees. I was further quoted the ridiculous cash price so that I could refill the prescription at our cost if I chose to do so.
Anger was building up inside me. I was ready to wave the white flag and give in. Thankfully, I was put on hold for a good amount of time, and I armed myself with information on how high temperatures can rise when it’s already 114 degrees outside and a medication is sitting inside a metal box. I finally asked with a shaky voice, “Would you give this seizure medication to YOUR child? And are you suggesting that I take the chance?”  SILENCE.

You Know Your Child Best

I spent 45 minutes in a conversation that I will never get back nor do I feel should have had to happen in the first place. But most importantly, I had peace of mind that I did the right thing. I don’t want to be seen as “that mom,” the antagonistic one. But, I also know that my child’s safety will not be compromised nor will his future be dimmed by a diagnosis. Sure, it can be exhausting, but we are our children’s advocates. We are the voice for our children whether they have their own voice or not. I wish all situations involving our children had positive results. I’m aware that policies and procedures are in place for a reason. But there is no other reason than “No one knows my child better than me” that is more powerful when advocating for our children. 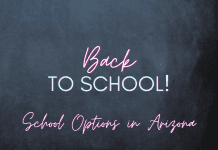