When I think of fall, I can recall many memories of my family that centered around apples. Growing up in Northeast Ohio, apples are a part of our culture.  Cities spend weekends celebrating apples and apple butter at festival, fairs, and family gatherings. Markets are full of apple products every fall from apple cider donuts to apple strudels, apple crisps, candied apples, and fresh ciders. My family was no different in our love for apples. As a child, my fall afternoons were spent picking up fallen crabapples from our backyard lawn (these, however, were mostly inedible and picking them was more of a chore than party). Our family celebrations did, however, center around apples. My great uncle used a large press to make apple cider in his backyard and invited family over to celebrate the season. Apple items especially made it to the fall dinner table.

My family’s baking was inspired by my grandmother, Esther Gaab. Born at the turn of the century, Esther was talented baker and cook, educated at the local YWCA in the domestic arts. She would clip recipes from Cleveland Plain Dealer and trade recipes with her friends. She often said, “if you can see the table cloth, there isn’t enough food on the table.”

One of Esther’s go-to recipes was an Apple Cake. Using apples from her backyard, Esther made this one as one of her signature bakes. Today, I keep this hand-me-down recipe close to my heart and use it often in entertaining.

The ingredients are familiar, and the flavor is warm and satisfying. Apple Cake can be an after-school snack, is sturdy enough that it can travel in a lunchbox, or can be taken to a potluck. It is strong enough to stand on its own or pairs well with vanilla ice cream.

What I like best is it takes very little attention to detail and uses ingredients easily found around the house.  Esther’s recipes were always direct and to the point.  I have added some of my one notes in italics below.

½ cup chopped nuts (These are optional, especially for social functions where kids may have allergies.)

Mix all ingredients together.  Pour into an un-greased 9×13” pan.  (For added crispiness, sprinkle the top with a quick cinnamon-sugar mixture.)

After letting the pan cool, cut cake into squares.  You can serve immediately for a warm apple cake, or store at room temperature for later. 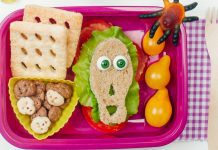 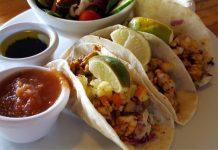 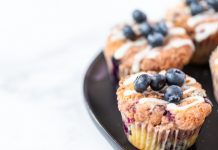