Facebook
Twitter
Pinterest
ReddIt
Email
Those of us with school-aged girls are probably starting to get this question a lot: “Mom, can I pierce my ears?” My oldest started asking a few months before she turned seven because she had a lot of friends at school who had their ears pierced. Her dad and I were fine with it, so I started asking around about where we should get it done.

I came across two common answers: first, ear piercing at the mall (which is the route most of us have gone, yes?), and second, going to a piercing studio. I knew I wanted to steer away from the ear-gun-at-the-mall route because when I got my ears pierced – at six years old – I still have traumatizing memories of that experience. Obviously, piercing doesn’t feel good, but I remember it hurting SO BADLY for hours afterwards and the sound of the ear gun being SO LOUD and I just didn’t want to traumatize my daughter with that same experience. I got excited when I found on our pediatrician’s web site that they pierced ears, but was disappointed to find when I called that they stopped doing so and just told their patients to go to the mall. I researched other options and found Marilyn at HTC Uptown via The Google. Her Yelp reviews from moms were fantastic, so I called and made an appointment. She was so popular with kiddos that she didn’t have anything open for a solid month, so I took the earliest appointment I could.

I had a great conversation with the person on the phone about what to expect. They schedule all kids’ ear piercing first thing on the weekends (and only first thing on the weekends), I would imagine because it’s a piercing studio and a lot of unusual body art is done there (no judgment… I personally have tons of tattoos, but to a young child, there is a lot they probably have not seen before). She told me that they will play my daughter’s favorite songs, she can choose her jewelry from a special display, and miss Marilyn will sit with her and explain everything that is going to happen before anything happens. Another benefit is that the piercing is done in a room, so it is private and not in front of a window like the stores at the mall. She also let me know that sometimes kids will change their mind, and that they understand and it is OK – there will be no pressure, just gentle encouragement. I felt great about making the appointment, and showed my daughter the photo of Marilyn on their web site and explained everything that would happen. She was so excited and could hardly stand the wait!
The day of the appointment, my daughter was nervous when we arrived. She picked out some pretty pink rhinestone flower earrings, we signed some waivers (they even had her sign a paper saying that she made the decision on her own – it was super cute watching her read carefully before she signed!) and we gave them her birth certificate (this was a very important requirement!). Marilyn took us back in the room and sat my daughter on the table and showed her everything she would be using and explained what would happen. Everything was super clean, sterile and she wore gloves.

My daughter sat there and listened carefully. Marilyn marked her ears, front and back, and asked for my stamp of approval before beginning. We were set to go, and my daughter laid down on the table, but as soon as Marilyn touched her ears she sat up and said, “I changed my mind.” Fortunately, we were able to talk her off the ledge, and her first ear was done so quickly and gently that she sat up, started laughing and said, “That was it?” She looked in the mirror at her new pretty pink flower earring, beaming. The second ear was even easier. We were given a care sheet with detailed instructions, and off we went. When I contrast that with a horror story from her classmate’s who had her ears pierced at the mall, I was so happy we went this route. The first ear was so traumatizing that my daughter’s friend wouldn’t let them touch her other ear, she was screaming and crying inconsolably, and the manager of the store was angry with her, impatient and rude. Not only that, but the piercing had to be redone later because it was not done correctly the first time – it was placed so low on her earlobe that it fell out (!). Having to redo mall piercings is a common occurrence from what I’ve researched – in fact, Marilyn asked if this was my daughter’s first piercing or if it was a redo from a piercing job gone bad.
All that to say, this is not meant to be a hit piece on mall piercings or moms who take their kids there. My mom took me there, and lots of my friends took their kids there, and hey – we all survived, yes? It’s a character builder! Ha! No judgment either way. The only issue I had with the studio experience was the pricing. The piercing itself was only $25, but the jewelry is where it can get crazy. What didn’t occur to me at the time was that the jewelry is priced per piece, not per set. So when she quoted me jewelry starting at $35, I figured we would get out of there for no more than $100 after tip. I had a bit of sticker shock when she told me the final price of everything based on the jewelry my daughter picked out. However, it truly was an awesome experience and when my younger daughter is ready (they only pierce children 5 years and older), I will take her to see Miss Marilyn without hesitation.
After care was a breeze for us and required us to buy no additional products from the studio. Here’s how we managed after care for my daughter’s ears:
They sent us off with a small bag of salt. Instructions say to mix 4 teaspoons of non-iodized sea salt into one gallon of distilled water (but no more – the ratio is important). All we had to do was heat up a little bit of the water to warm-bath-water temperature, soak a sterile cotton pad with it, and hold it over her earlobes for 7-10 minutes, twice a day, for four weeks. After soaking, rinse with a wet paper towel and dry. My daughter did a great job with remembering to do this on her own, and we did it each morning before school while she drank her morning smoothie and at night before brushing her teeth. We made sure not to get her hair tangled in her earrings. She healed very quickly and never complained once about having sore ears. It was so much easier than I imagined!
What is your take on ear piercing for kids? Have you ever considered taking your kiddo to a piercing studio as opposed to the mall? 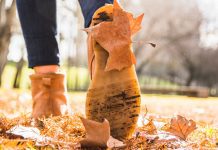 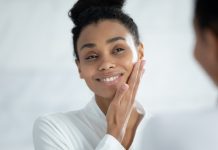 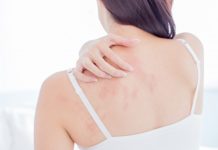 Angela Barako - September 25, 2021 1
In this series we'll tell you about the top 3 new things we're loving in AZ. New places and activities are popping up around...