Since my last article, I’ve been asked what happened regarding the fill of our son’s seizure medication.

Our son, Dominic, did get his medication filled at a local pharmacy. But, “filling it” was not that simple. What I assumed would be just a phone call and a few clicks on a computer screen turned out to be another ordeal. There was phone call after phone call — insurance company, mail-order pharmacy, local pharmacy, back to the insurance company — on repeat for a whole week. With one day left of his medication, the doom of defeat sunk in once again. I begged for someone to listen and take note of the situation as I was tired of repeating it from the beginning. Someone needed to take ownership of what had to be done, and I wanted someone to hear my plea as a mom. Instead, our son became a transaction that was passed along from one customer service agent to the next. Unfortunately, that’s not the first time nor will it be the last that defeat becomes a part of our lives. And, this happens to a lot of families in our shoes. I’ve also worked in customer service, so I don’t discount that it can be frustrating on that end too. I recognize that there are a lot of layers involved when overriding policies. But, let’s not forget that there is a child behind this, a child who cannot speak for himself.
Finally, and luckily, I reached a technician at a local pharmacy just down the street from us who LISTENED. She did not just listen for his date of birth, Rx number, and home address “for security purposes.” She listened to why we were having this conversation at 7:00pm the night before his medication would run out. And, she promised to figure things out and called me back like she said she would. An hour later, she handed me his medication, and I handed her a bouquet of flowers.
Now, don’t get me wrong, I don’t blame anyone for this struggle. It is and will always be a privilege to speak for our son, and we have a lifetime ahead of us. I have locked our children out of the room so that I can finish these phone calls without them interrupting, or worse, seeing me LOSE IT. I’ve lost my appetite and my patience one too many evenings when I should be enjoying dinner with my family after a long day. Shamefully, I’ve dreaded phone calls to refill medications or reschedule appointments because I often times find myself preparing for the worst — DEFEAT.

SILENT VOICES CAN AND MUST BE HEARD

I hope that someday silent voices, like Dominic’s, will be heard. In the meantime, I’m thankful for the one woman who finally LISTENED. And while it may still have been just a transaction, she made a difference in a big way. Even if flowers don’t suffice as a token of appreciation, my hope is that my gesture of gratitude goes a long way for her and anyone that has a role in the care of a child (and his family) with special needs. I hope that behind every act of advocacy, the child is seen and heard. And I am one mama who will give the world — or a few more bouquets during his lifetime — to make that happen. 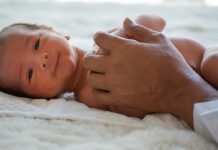 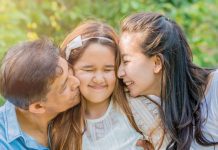 The Wisdom of Love and Logic Parenting