With Father’s Day approaching, I was thinking how much my husband and I have changed as people since having kids. I mean having children IS life changing! But somewhere along the way since giving birth to our first son, I have realized my husband has lost all his five senses. I mean how does a man just turn it all off?

For example, he can be in the same room witnessing the exact same chaos I am and he’s not even fazed. Not. Even. A Little. Meanwhile I’m yelling, threatening and taking away toys.

He doesn’t SMELL the dirty diaper. Baffles me.

He doesn’t SEE the toys being thrown and hitting the wall, the juice that just splattered on the freshly cleaned floor, the jumping on the couch right next to him, the food being carried all over the house leaving a trail of crumbs.

Apparently he can’t TASTE either because he will eat whatever the kids brings him, “Here daddy taste this.” NO hesitation, even though I question where that’s been and more importantly where it came from.

He obviously can’t HEAR as well either. Middle of the night crying, doesn’t hear it. Many times I’ve even said, “Hey, you wanna go check on him?” The response, “He’s crying?”

And don’t get me started on the things he will TOUCH. He will stick his hand right into the slime, Play Doh, dirt/mud pies, etc., no second thoughts.

So in conclusion, yes my husband has lost some of his sensory system since having kids, but we both have lost a little bit of our minds. 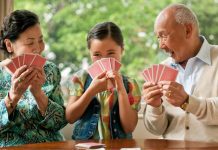 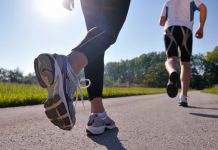 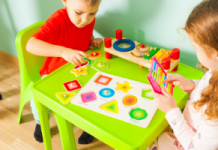