My husband and I recently had dinner with his boss who went on and on about his family vacations to Disney. I had no idea that there were Disney resorts all over the world. What a great excuse to get out of the country and go somewhere that will keep the kids entertained the whole time! I looked into the different options that you can travel to and listed them below. China– China actually has two Disney resorts, one in Shanghai and the other in Hong Kong. While sticking to the Disney theme, China put a spin of their culture into the resorts. Statues made out of Chinese glass, serving popular Chinese dishes, and designing the resort to make guests feel like they are in the world of Disney stories.

Tokyo- Tokyo is the only Disney resort to have an actual hotel inside a theme park! Unlike the parks here in the United States, a character with the name of “Duffy” is the most popular character there beating out Mickey by a long shot. This resort is known for having the BEST customer service in the world!

Paris– Paris has a lot of unique ideas to keep the park “special”. They only have one mickey present to make him more unique, they have rides that are faster than other parks, and even ones that go upside down! While you are there look for hidden mickey heads, an active barber shop (the creator of Disney’s dad was a barber) and smell the sweet scents each float puts out during their parade!

Hawaii– Hawaii does not have a theme park but they do have a Disney Resort. The hotel is geared towards kids with Disney character pool parties, movie nights, and fire side stories. Hawaii is always a beautiful place to travel to!

Disney also has a Disney Cruise that comes highly recommended. I heard it’s one of the best cruises to take even if you don’t have kids.

Have you been to Disney around the world? 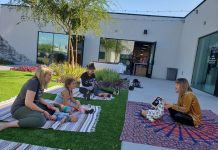 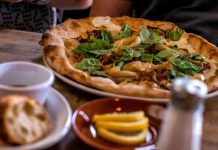