It was a Sunday like any other. We took a family field trip to the airport to drop my husband off for a work-trip. Madeline had a blast exploring the airport, helping Daddy check in for his flight, enjoying a special breakfast at Chelsea’s Kitchen and waving to Daddy as he went through the terminal to leave for his flight. She took a long nap and when she woke up, I surprised her by taking her to Disney On Ice with our friends after a last minute invite. She was acting normal, she wasn’t warm and she didn’t display any signs of sickness. During Disney on Ice, she laughed and she danced and she enjoyed special yummy treats while her favorite characters came to life in front of her. On the way home, she babbled the whole way telling me all about her day, making a pretend phone call and laughing while wearing her Minnie Mouse tights and matching Minnie Mouse dress. It was a special day. A happy day.

We came home and she wasn’t very hungry. She’s nearly two so there are days when the picky eater comes out so I didn’t think much of it. As we were heading upstairs, I noticed the faintest shiver coming from her. I looked at her, felt her for a fever and took her temperature. Nothing appeared to be out of the norm, but the shiver. We went upstairs and I decided to forgo her nightly bath. She was still acting normal, not warm and the shivers had subsided. The house was quiet and lonely as we sat in her chair before I put her in her crib. Then it happened in a blink of an eye.

The normally very active, talkative, bouncy and happy toddler got still. She started staring off into space. It wasn’t enough for anyone but me to notice, but I knew in an instant something wasn’t right. I am so grateful to have my sister and her family living down the street. Without thinking twice, I picked her up (and subconsciously had her baby doll in my other arm) and ran out of the house without shoes on to my sisters. I didn’t know what was happening but I knew something bad was about to happen. By the time we reached my sister’s four houses down, she was lifeless. She wouldn’t respond to me, she wouldn’t blink, she was barely breathing and I had no idea what was happening. It almost looked like she was choking. We rushed her inside, and I frantically called 911 while my brother-in-law tried to revive her, but she only got worse. She got so bad that we all thought we were losing her. I thought I was losing my baby girl in front of my very eyes and nothing we did was helping. Just then, life re-entered her body. She came out of it dazed and remained dazed for awhile. The paramedics showed up and took her temperature. It had gone from completely normal to 102 within minutes. As a result, it spiked a febrile seizure. Something I had never heard of. Something the doctor had never mentioned. Something the books had never warned me about.

A febrile seizure can happen when a fever quickly spikes, mostly in infants, but can happen to anyone. What I didn’t realize was that unlike the seizures I read about or saw on TV, this one didn’t make her foam at the mouth or convulse. This one made her lifeless, staring off and appearing as if life was leaving her itty-bitty body.

We spent the next four hours in the ER while the poor little girl got poked and tests were taken. It turned out that she most likely contacted Roseola which can bring on a high risk of a febrile seizure. But I want to know how I missed this warning. I want to know why after all the articles and books and research I did before parenthood, I didn’t ever once read about this. They aren’t common. However, that doesn’t mean we shouldn’t be prepared.

I hope nobody has to go through the scary experience of their child having a febrile seizure, but if you do, I hope this blog post can provide the forewarning so you know what may be happening. The doctor told me that should one occur in the future, to secure the child to keep them from falling and it’s always best to call 911 for the off-chance that it isn’t a febrile seizure and requires major medical attention. However, I encourage you to ask your pediatrician for resources to learn about a febrile seizure and other medical situations that could happen. 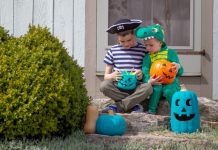 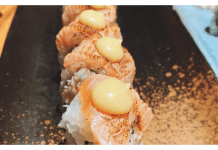 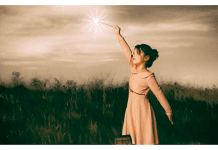