Facebook
Twitter
Pinterest
ReddIt
Email
January was a month of big changes for my family and for me personally. Everything changed at the start of the month and as the weeks went on, all the things that changed as 2017 began… well, they changed again. Have you ever been through periods like that? Where you think things are going in one direction and they end up going somewhere else entirely and your WHOLE LIFE is turned upside down? Well… who hasn’t, right? That was basically how I spent my January. And it was overwhelming.
As I processed through my massive to-do list, trying desperately to prioritize all the things that needed to get done, one thing stuck out like a sore thumb as my biggest source of stress: the disarray in my house. Moms, can I get an amen?!
Short of dramatically arm-sweeping everything into a trash can, I decided it was time to get things under control once and for all. As massive as my to-do list was (and still is), I KNEW that the absolute first thing that needed to happen is removal of the excess and organization of what remained if I had any hope of getting my peace of mind back. We view our homes as a reflection of our work and our success as wives and mamas. And we all have our own versions of what is acceptable and what is best. If your house isn’t up to your standards, this is in no way an invitation to beat yourself up over it (in fact, please do the opposite!). For me – and maybe you can relate – it was super hard for me to feel like I was going to be productive if I was living in chaos. The kitchen was a dumping grounds, there were toys in every nook and cranny of the house, and our bathroom was a disaster area. My to-do list had only gotten longer, and I was supposed to be productive in this environment?
I DON’T THINK SO.
I am not a person who subscribes to the single-chair-in-a-room version of minimalism (although more power to ya if you’re able to pull that off!). I believe that you define what minimalism means to you, and as a general rule, minimalism should at the very least mean the number of things you own match the amount of space you have to house them in an organized, easy-to-access way. 2012 was the first time I was exposed to the concept right after the birth of my second baby (so I have been through this process with babies as well as school-aged kiddos). Back then I was merciless in the purging of anything that didn’t fit my personal vision (and I am happy to report that I don’t miss anything I parted ways with back then!).
That’s the thing about stuff. We forget about it after a while. Because at the end of the day, it just isn’t that important.  Our memories and experiences are what define our lives when all is said and done. Here are some guidelines that will help you determine where to begin finding freedom from the tyranny of stuff:

How do you define minimalism? What are the first steps you can take toward a happier existence? What scares you about minimalism? Share in the comments below! 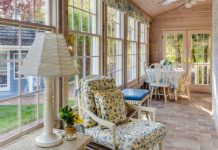 4 Sunroom Ideas to Brighten Your Home 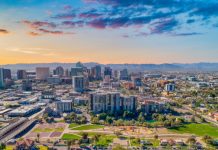 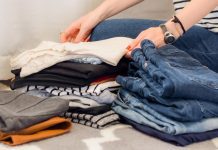 5 Tips for Busy Moms to Declutter the Home