Ahh… fall in Arizona! Goodbye 100 degree temps, hello 90’s, maybe 80’s during a cold spell. While we don’t see leaves changing colors, we do see the signs at Starbucks for the Pumpkin Spice Latte. That’s what signifies the return of fall for those of us in the desert and the return of all things pumpkin!

What started with the Pumpkin Spice Latte has evolved into an annual pumpkinpalooza. And you mama, deserve a bit of pumpkin indulgence. Not roasted pumpkin seeds. Not pumpkin granola. I’m talking about a decadent, rich, pumpkin-flavored goodie only available during the short fall season. This month, go beyond the Pumpkin Spice Latte and splurge on one (or two) pumpkin treats. #treatyourself!

With the help of my fellow SMB Contributors, I’ve rounded up a few of our favorite pumpkin indulgences to get you started. Be sure to share your favorites in the comments section!

What are your favorite pumpkin indulgences? Do tell… I gotta try ’em! 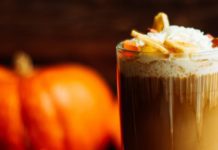 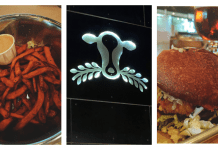