I see you across the playground. You look over and smile. Our kids are similar ages, and shoot, we might just have a chance of exchanging small talk and becoming friends. But you see… unfortunately I already know how this is going to play out…

Our kids will be playing together, when for whatever reason my son will be the child who hits or pushes your child. I will carry out some necessary discipline, but that smile you had just minutes before will quickly turn to a scour. You will motion for your child to move to another area of the playground, and mumble something under your breath to the effect of ‘some children are just mean, let’s go over to play with the nice kids.’ And I will be left embarrassed, frustrated, and wondering why I even attempt to go out in public anymore.

Maybe it would help if I started wearing a name tag that reads Hello My Name Is: The Mom Whose Child Hits Others.

Since having children I’ve had an epiphany… no matter how hard you try, you can not control another human being. And trust me, I’ve tried. Before my son began this hitting phase, I remember silently judging other parents who had aggressive children because I was convinced the parents simply didn’t know how to effectively discipline their child. Now that I’m in those shoes, I see that although discipline is an effective tool, sometimes kids just do whatever the heck they want. I was at the zoo a while back, and my friend and I were sitting near a play area so I could nurse my newborn while watching my toddler play. My 2 year old runs up to me and says ‘Momma, I just hit,’ and sure enough, I see a little girl crying with her dad behind her…and they were walking up to me. I look down at my toddler and tell him he needs to apologize and that we are leaving the zoo because of his actions, and the dad cuts me off and says “No! It doesn’t matter if he’s sorry. I don’t care if he’s sorry! He hit my daughter, and you didn’t even see it happen. How about you try to pay more attention to your kids and learn to be a good mother!” And with that he stormed off. I sat for a moment in shock, and then the tears came (thankfully behind sunglasses). I looked around to see every other parent there was looking at me, glaring at me even… so I gathered our things and left, crying the whole drive home.

That man had no idea how exhausted I was, emotionally and physically. He had no idea how many nights I had gone without a good night’s rest – waking up multiple times a night with two kids. He didn’t see how consistent I’d been in punishing my son for hitting, and how many different tactics I’d tried. Would he have verbally attacked me the way he did if he had?

I learned a lot that day.

I learned that we never know the full story. And although we are hardwired in our DNA to protect our kids from anyone or anything that threatens to harm them, every child goes through phases. For some it’s biting, or hitting, or pushing, or screaming. For others it’s meltdowns and tantrums, breaking toys, and back-talking. But it’s all a phase. And most of the parents I’ve come in contact with are trying their hardest to help their children navigate these difficult phases.

So perhaps, we can encourage each other instead of reprimand.

We can offer advice to how we’ve navigated those difficult seasons, instead of giving judgmental looks and glares.

We can look past their child’s difficulties, and see another mother, a comrade, a fellow warrior running this race of motherhood alongside us.

Because after my child has made his way to the other side of this phase, and we are at a play date, and your kiddo pushes mine, I will know to look you in the eye, smile, and say “Hey, you’re doing a great job. This gig isn’t easy, we’ll get through this together.” 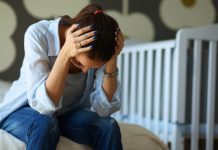 Under the Jello Mold