My boys are obsessed with dinosaurs.

We read books about them at bedtime, we have dino figures, stickers, coloring books, and t-shirts everywhere. My oldest generally greets people with his loudest T-Rex ROAR instead of a polite “Hello.” I had no choice but to let them be dinosaurs for Halloween this year and I decided to make the dinosaur costumes myself. You see, I have two big issues with store-bought Halloween costumes….1) they are so over-priced for something that will most likely be worn only once 2) they are generally made to keep kids warm – which works great for the rest of the country, but here in AZ it means my kids are a hot, sweaty mess while walking around the neighborhood.

Let me start off by saying that I am no Pinterest queen. I don’t have a sewing machine and my house is not full of intricate DIY projects for guests to admire. The only “tools” I used to make these costumes were a hot glue gun and a pair of scissors. I would estimate that it took me about and hour and half to make each costume from start to finish. If you are in need of a fun, EASY costume this year, look no further and follow along below.

THE HEAD: I got the idea for the dinosaur head here. This part is really simple, basically you just cut out ovals for eyes, triangles for teeth, and then glue them onto the baseball hat. Option to add felt spikes that match the t-shirt portion (directions below).

THE BODY: I needed a “no sew” solution for putting spikes on the shirt and found that here. First cut out some triangles from your felt color of choice. I cut the first one and then used that to measure the rest. I used about 16-18 triangles for each costume. Next, fold the shirt in half down the middle (so there is a crease where your spine would be). Glue a row of triangles down one side, then flip the shirt over and glue another row in the alternating spaces. The t-shirts I used had pictures on the front, so I also glued a felt “belly” onto the t-shirts.

THE TAIL: My original plan was to cut a big triangle out of felt, but while at the store, I found red felt pennants that worked perfectly. I glued the triangles down the middle just like with the shirt, but left about an inch at the top to glue the top of the tail to the bottom of the shirt. THE FEET: This is the picture I used to come up with the feet. I measured out a rough shape of the foot using a shoe on the foam sheets and added some pointy claws at the end. Cut a hole for their foot to slide through and they can still wear their shoes underneath.

That’s it! My boys love their costumes and I can’t wait to take them trick-or-treating.

Do you have any great (and easy!) DIY costumes? Please share below! 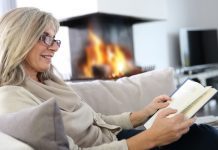 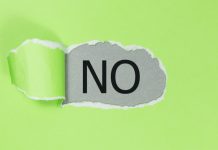 The Power of Saying No 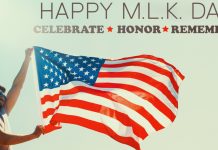 Ways to Honor MLK Day Around The Valley