It’s Christmas Eve and this fantastic post from last Christmas Eve was just too great NOT to share again. Get your i-phones ready! It’s time to start tracking Santa!

When you have little ones, this can quite literally be the most magical night of the entire year.  Stockings will be hung, cookies and milk will be at the ready for Santa and children will be WIDE AWAKE with giddy anticipation.

As parents, we try to keep the magic alive for our wee ones for as long as possible. I was perhaps a bit TOO convincing with my eldest, Zoe–he was a staunch defender of the existence of Santa Claus until he was 11 years old!

Aside from an abundance of fanciful stories on my part coupled with a dash of poker-faced “Well, Zoe–I can’t explain everything about Santa…he’s magical. If I had all the answers, it wouldn’t be magic,” it was one of our long-standing Christmas Eve traditions that really sealed the deal for him.  Every Christmas Eve, after we’d made one final batch of sugar cookies, had some egg nog and watched “It’s A Wonderful Life” for the eleventy-millionth time , we would track Santa’s progress across the globe with the help of the staff and volunteers at NORAD. NORAD (the North American Aerospace Defense Command) has been tracking Santa since 1955. It all started with a misprinted phone number in a Sears Roebuck ad featuring a Santa hotline–the number printed was for NORAD, not for Sears. Kids started calling in to find out when Santa would be visiting their homes and, rather than disappoint starry-eyed children, NORAD began “tracking” the jolly old elf and giving phone updates on his whereabouts.

My brother and I tracked Santa this way in the late 70s and early 80s. A very official-sounding gentleman (I always pictured him in full military-esque uniform) would take our call and inform us that Santa would be coming down our chimney “sometime after midnight” or “soon after you fall asleep.” Gah!!  We couldn’t brush our teeth fast enough!! I mean, these guys had SATELLITES. They knew what they were talking about.

NORAD, being such a tech-heavy entity, has naturally kept up with trends. Aside from being able to call in and speak to a real, live Santa Tracker, NORAD now offers Facebook and Twitter pages, tracking apps, videos of Santa passing landmarks all over the world, and a real-time tracking map online.

Call me old-fashioned, but my favorite is still 1.877.HI.NORAD

Zoe, now 15, is looking forward to sharing this Christmas Eve tradition with 14-month old Sophie tonight. She won’t really get it yet, but that’s okay. I have a sneaking suspicion that he’s just excited for an excuse to start calling NORAD again. Teenager or not, that kid still believes in magic.  And frankly, so do I. 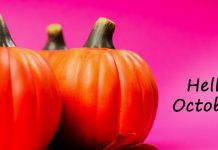 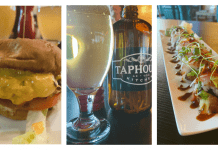 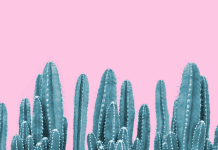