Editor’s Note: Happy Monday! All week long we’re talking about screens – from TV shows to tablets for kids and grownups of all ages. Love ’em or hate ’em, screens and screen time are a hot topic in parenting circles. Read on for one mom’s take, and check back here all week for more screen-related posts! It can be mind-boggling weeding through the thousands of iPhone apps targeting preschoolers these days. Since summer in Scottsdale forces our little ones to spend hours inside, having some topnotch apps at our children’s fingertips is essential.

The good news is that there are apps that can entertain, engage and educate your 3 to 5-year-old. After hours of careful research (using my own kids as guinea pigs), I’ve rounded up my five best reading apps for preschoolers.

Super Why! uses the magic of the PBS show and transforms it into an iPhone app for children. The app centers on literacy and lets your child play with four of the main Super Why! Characters. Each character leads a game that focuses on a different literacy skill. This is hands down both of my daughters (2-years-old and 4-years-old) favorite app and we’ve had it for well over a year now. My 4-year-old loves that she can collect stickers after successfully passing various tasks on the app.

abc PocketPhonics teaches children more than 170 frequently used words. This app plays a recording of a letter and then asks the child to find the letter out of a group of about eight letters. When the child selects the correct letter, he or she receives a thumbs up. Another letter is pronounced, and your child eventually builds a word. Also, abc PocketPhonics demonstrates how to write each letter by letting children trace the letter with their fingers. I love how much fun my 4-year-old has learning to write her letters and read simple words with this app.

eFlashApps’ Play Sight Words has a variety of games that help pre-primary (they also have a primary version) learners develop early reading skills. There are four different games devised to help your youngster recognize words. My daughter enjoys the word tour and the memory game, but in general, likes all the games. Like abc PocketPhonics this app has a lite (aka “free”) version you can try out without having to invest any money.

ABC Phonics Animals is a simple app (also available in a lite version) that lets your child practice writing animal words, while showing them a picture of the animal. It says the word out loud and you can also choose to work on individual letters in addition to the whole words. My daughter likes being able to choose her writing color and the dotted lines ensure even beginner writers can have some success.

Creeem’s ABC 123 Writing Practice is a new app we’ve added to our roster recommended by fellow contributor Cate. So far, it’s been a great app for having my kids follow the correct pattern for writing letters and numbers. The app gives clear numbered directions plus dotted lines to make it easy for newer writers to follow. The letter or number is larger than some of the other apps, making it easier to complete each task.

ps All of these apps except for Super Why! come with a lite or free version so you can test it out with your own kiddos to see if they like it.

pps Be sure to check out fellow contributor Abbi’s picks for her favorite kid apps and SMB managing editor Sarah’s love letter to her iPhone.

What are your kids favorite educational apps? How do you figure out which apps are worthy investments of time and money? 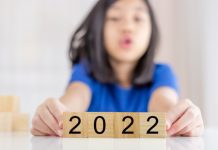 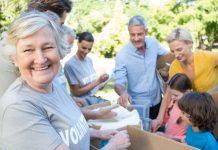 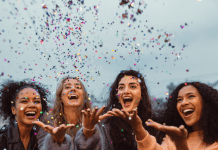