January 20th, 2012: a day I have been looking forward to and dreading at the same time! That is when the PF Changs Half Marathon takes place here in Phoenix, and I plan on running in it. I also, however, am an exculsively breastfeeding mom. Dilemma? I’ll give you a little history. Four years ago was the first time ever that I said I wanted to run the half. On mine and my hubby’s very first night of training, I was involved in a hit-and-run in which I was struck by a Suburban. Luckily I was not killed {praise God}, but needless to say I didn’t run that year because of physical therapy and such. Then the next year I think I had too much anxiety to think about running on the street again, epecially at night. Then the next year, I was pregnant.

Now, this year I am determined to run! I am not pregnant, I am standing up to my fear of running, I am IN! Except, well, is this affecting my supply?!

I have never once had a supply issue with Braylen. I have always been an overproducer, to an extreme. I worked out a lot while pregnant, then started in again very slowly and inconsistently around eight weeks postpartum. It wasn’t until this past week, when I truly started my training program for the race that I got worried. I ran four times last week, three of them in the evening about an hour before I feed him and he goes to bed. That evening time is great because I can leave him at home once my hubby gets home from work, and run without lugging a heavy jogging stroller with me! Those three times that I ran that late Braylen really struggled going to sleep, and one night I even had to go in and give him a bottle {of only 3 oz} to get him finally to sleep. Normally, he goes down the second I am done feeding him.

So here’s my question: Could that have been just a conincidence? Any running {or intense working out} mamas out there notice it affect their supply?

I just realized that I haven’t been drinking enough water, so I am upping that, and hoping it takes care of any issues! If not, and it truly does affect breastfeeding, I am definitely not willing to sacrifice that just so I can run. After all, the race will be here every year, right?! {although I have said that in prior years. Crap}.

What do you think, moms? 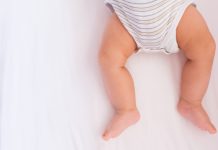 The Secret to Making the Perfect Crib 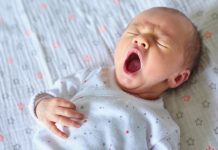