Kari Gayes has many reasons to fight cancer. Both of her grandmothers as well as her uncle passed away after long battles with disease. For a long time after losing her family members, Kari was consumed by anger – anger at the disease that had taken so many she loved, as well as anger at her own sense of helplessness in their battles.

It was through this anger that Kari came to a realization. Her grandmothers and uncle never let anger consume them when they were diagnosed. They continued to live their lives – to fight for their lives. They were never victims to cancer. As long as they were battling the disease, they were survivors. And they were Kari’s inspiration to fight back against the disease, too.

Kari realized that not having cancer herself didn’t mean that she couldn’t fight back. She discovered the American Cancer Society® DetermiNation® team, which allowed her to make a difference in the fight against cancer by training for a half marathon. In 2009, she ran the Rock ‘n’ Roll Arizona® half marathon on behalf of the American Cancer Society, and she has been dedicated to the DetermiNation team ever since.

Last year, Kari found a whole new reason to continue fighting cancer with the DetermiNation team: her daughter, Katharine. Becoming a mother has made Kari realize even more so how much she wants to end cancer. She doesn’t want her daughter to ever have to know the pain of losing a loved one to the disease. She takes pride in being able to show her daughter how to give back, to fight back, and to make a difference. With all her heart, she believes that the work of the American Cancer Society will create a world where cancer is a thing of the past. Until that day comes, she will continue to fight to help create that world with the DetermiNation team.

Learn how you can help change the course of cancer forever by walking or running a half marathon or marathon.

Come to an upcoming information session to learn more about the American Cancer Society DetermiNation team.

Contact Kimberly Tarango at 602.224.7475 or [email protected] or visit go.acsdetermination.org/phoenixform 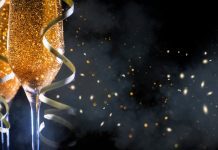 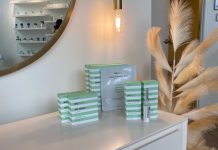 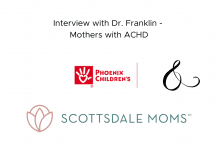