I am fifteen weeks pregnant with our third baby.* This means that I have survived a grand total of three first trimesters, and each has been as unpleasant as the last. Nausea comes on sudden and strong around six weeks and persists day and night without reprieve until around 11 weeks. There is also some throwing up involved, though not daily; usually only a handful of times in each pregnancy.

At the 11-week(ish) mark I get a little relief; nausea becomes intermittent (but still much of the day and worse in the afternoon/evenings), food aversions improve significantly so I’m able to eat a little better, and my energy begins to return. This “phase 2” continues until about 15 weeks (ish) when the skies clear, angels sing, and I go skipping through the streets of Scottsdale whistling a happy tune because FINALLY I feel better.

Given that I have suffered through at least 27 total weeks (189 days!) of pregnancy nausea and lived to tell the tale, I thought I would share a few things that have helped me get through – and also one thing that didn’t help. While none of these tricks got rid of my queasiness, they took it down on the severity scale from “kill me now” to “oh my gosh this SUCKS but at least I can eat a bagel and have a conversation”. Protein :: The nurse at my OB’s office stressed that eating every hour and combining protein with carbs every time you eat is key to managing nausea. I have to agree with this. The temptation is to snack on easy, bland stuff like crackers and chips or on fruit, but I noticed a big difference when I incorporated protein into every snack. My problem was, meat, eggs, nuts and many forms of cheese sounded disgusting to me. So the snacks that I wasn’t averse to AND that satisfied the protein requirement were: bagel and cream cheese, cheese and crackers, peanut butter on bread, peanut butter or cheese on apples, or a black bean and cheese quesadilla. Strangely, sunflower seeds were the only kind of nut/seed that I could deal with, but they also really seemed to help.

Sour Citrus :: Eating so constantly left a perpetual bad taste in my mouth, which didn’t help my nausea. And brushing my teeth any more than the required twice a day was just asking too much of my gag reflex. For some reason, sour citrus fruits, juices and candies seemed to clear away the bad taste and kind of reset my palate. Lime popsicles have been a favorite with every pregnancy, and orange juice, lemonade, and limeade were all great thirst-quenchers. I also tried the Preggie Pop Drops in the sour fruit flavors and came to love them (though I think any cheap sour candies would have done the same thing).

Chewing Gum :: For some of the same reasons as the sour citrus, I have become a chronic gum-chewer. The mintier the better. I pop a piece after almost every time I eat. Something about the palate-cleansing mint (peppermint is also known to have stomach settling properties) and all the chewing and swallowing really seemed to help my nausea. I haven’t seen gum-chewing recommended as a cure for morning sickness, so maybe I’m unique in this, but it has really helped.

A Good Book :: I’m normally not a big reader. I read a lot of blogs and online articles here and there throughout the day, but I sometimes go months without getting into a good book. This pregnancy, though, looking at a computer, TV or iPad/iPhone screen any more than I had to seemed to make my nausea worse. And I’ve been going to bed so early every night that I have come to enjoy reading as a way to relax at the end of the day or during naptime. I realize there is no medical reason why a good book should help with nausea, but at least it gave me a bit of an escape! The best novel I’ve read recently is The Space Between Us by Thrity Umrigar and if you’re a blog reader and familiar with The Blogess, her memoir, Let’s Pretend This Never Happened, is HILARIOUS.

One Thing That Didn’t Help

Zofran :: After suffering through my first two pregnancies without pharmaceutical aid, I asked my doctor for a prescription this time around. I had heard varying things about Zofran – from how expensive it is (my insurance only covered 12 pills per 30-day period) to what a miracle drug it was – and was eager to give it a try. Sadly, I got nothing. Actually, that’s not true; I got the side effects (headaches and constipation) but none of the benefits. None. My doctor said this was normal and that it doesn’t work for everybody, but I do know people whom it really helped. I mention this only because it’s worth trying, but don’t be discouraged if it doesn’t work for you.

Now I’d love to hear from you. What helped with your pregnancy nausea? Do you have terrible first trimesters too? Have Zofran and other drugs helped? Let’s build a list to help other newly-pregnant mamas!

* If you’re keeping track at home, this brings our total Scottsdale Moms Blog pregnant contributor count to FIVE. Want more of our pregnancy stories? Here’s one from Cate and another from Kirsten, and here’s a link to The Belly Diaries series for even more pregnancy posts. 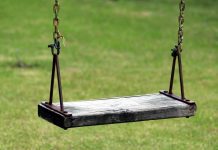 5 Reasons to See a Fertility Specialist, Even Without Obvious Fertility Issues 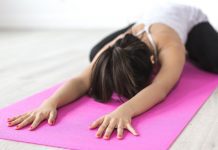 Prenatal Yoga: 5 Postures Every Mom-To-Be Should Be Doing