After my daughter turned one, I started “entertaining” the idea of helping her break the binky habit. I say “entertain” because I had more fun researching ideas of how to do the transition, and “polling” my friends than actually doing the deed. To make some excuses for myself (and my daughter), she only used the binky when she went down to sleep, so I was not overly anxious to start the “divorce” between the pacifier and my daughter, because after all they had such a great relationship!

Fast-forward a year and my daughter was two and yep, she still used the “paci” during her bedtimes. I (actually my daughter) finally broke the habit, and below you will find out how, but first, I want to share with you some fabulous ideas I gathered from my friends and family to help “break the binky”: 1.) Stuff it in a Bear: A cute activity some moms have had sucsess with was  to  go to the place where you can make, stuff and buy your own animal (bear), and your child can leave with a forever furry friend to snuggle-with in bed at night, along with the beloved “paci” inside. We did this to say goodbye to an old binky, and my daughter had so much fun. 2.) Up, Up, Up with The Big Red Balloon: This is another cute idea I learned about, to tie the last pacifier to a balloon (I needed two), and make a ceremonial “farewell to the binky” moment. A dear friend of mine told me she did this, and her kids still look up to the sky/stars and say their binkies are up there.

3.) Snip-it: Exactly what it says, snip the end of the pacifier, so it seems “broken”. The idea is to let you child know, that it was their last pacificer and “darn-it” it is broken, so guess they will have do with out now!

4.) Negotiation (a.k.a. bribery for some people like myself):  This can look like many different ways, treats/toys always works in my household. One idea I also learned about was to have a “no-binky” party, where family and close friends can come over and celebrate the end of the pacifier.

5.) Good-ole Binky Fairy: This idea is a very popular one  amongst some of my friends, and the idea is to get a fairy doll and have your child give the fairy the binky to give to other babies that need a binky. I think this is a great idea. I found an inexpensive fairy on Amazon.

Now, you may be wondering how my daughter finally “broke the binky”? Well, believe it or not, after months of research, planning, and talking about how I was going to do it, SHE one day told me SHE was done with it! Yes, I had nothing to do with it. I will say the one binky she had left, did have some little holes in it, and was “broken” in her mind, so she no longer liked to use, so I think we could contribute our success to the “snip-it” idea, but I never snipped it, she bit the hole herself.

Do you have any sucsess stories on how you were able to “Break the Binky” with your child? Love to hear them!

For another Scottsdale mom’s story on breaking the binky, check out this post: Parting with the Pacifier 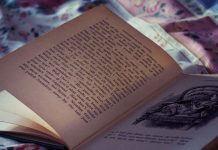 Terrible Twos are a Lie!

Hello Disney+, I Love You!