This week is my birthday and I will be celebrating the milestone achievement of turning…drum roll, please… Thirty-two! 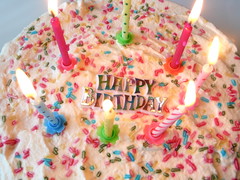 Yep, birthdays have gotten so blah that sometimes I even forget how old I’m turning. I knew that as I aged, these special days would likely become somewhat less exciting, but the truth is, I’ve realized that I’m actually not a huge fan of getting old.

Don’t get me wrong, I’m very happy to be where I am at my age. I’m thrilled to be married to a wonderful man and we’re blessed with two healthy little boys. Additionally, as I’ve gotten older I think I have improved and learned some things along the way. Why just this week I learned that a rug burn on a baby brother’s scalp will heal up fine in a few days and that nail polish remover is excellent at getting rid of bubble gum that has melted to the dryer. These are things of which the 20-year-old version of me knew nothing.

But as I’ve gotten older, birthdays have become a little less fun and a little more of marker pointing how quickly the years are going by. I mean seriously, I am now old enough to say sentences like, “I bought that purse 15 years ago.” To top it off, my high school babysitters call me Mrs. Dunlap! I was just about to ask that high school girl where she got her cute top… but maybe I should go ask her mom where she shops instead! When did any of this happen? I still feel so young, but all evidence (presented in the form of forehead wrinkles) to the contrary.

However, since I still feel young, this year, rather than mourn the fact that I’m getting older, I am going to try to change my perspective. I decided I would, as I know I should do in so many things, look to the sweet innocence of my children, for tips on how to really approach my birthday. Therefore, I now present to you, my new and improved birthday attitude: in other words… “How I would celebrate my birthday if I were more like a three- year- old turning four.” 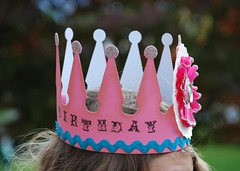 So, what did I miss? How is a mom supposed to celebrate her birthday anyway?