There are 6 words that have the utter potential to rattle a mama of a preschooler to her very core. And although they are very welcomed words after 3 years of fearing the dreaded potty-training extravaganza, it’s still a rather frightening event to hear those words knowing full well you have approximately 2.5 minutes to get the kid to a bathroom or you’ll be wiping up a small pond on the floor.

I have to be honest here; potty-training was, to me, the biggest hurdle I had to face as a mother (so far, of course.)  I mean, it’s a serious notch on the parenting belt. And since my dear 3-year-old son and I had one extremely unsuccessful attempt behind us, the idea of trying again was beyond overwhelming.  Sickening, really.  But let me tell ya, there’s a HUGE difference between a kid being ready and one who is not.  For real.  The second time around, the little dude was ready.  I know some people say not to bribe or reward, but we did the M&M thing.  One M&M for just sitting on the potty, two M&Ms for going #1, and three M&Ms for going #2. We put him in underwear and had him change his own pants if he had an accident.  Obviously we made sure he was cleaned up, but he hated touching his wet or dirty pants. (Uh, hello? Don’t we all?)  Worked like a charm.  Less than 1 month later, we are 100% diaper and Pull-Up free–even at night, people!  He’s happy and proud.  I’m happy and proud.  It’s all good.

What do you do when a potty is nowhere in sight?  Especially when you’re out and about.  Like I said before, as a general rule, there is a very small window of time between those magical words slipping through a preschooler’s mouth and disaster.  My biggest fear is my son having an accident in his carseat, so the thought of putting him in there in search of a bathroom elsewhere is just plain grotesque. Do I just let him pee outside? What exactly is appropriate peeing-outside etiquette? Is there such a thing?  Luckily, the issue has not presented itself that much, but it’s still pretty early in the game. (Although I will admit that he has gone outside once.  Half of it went down his leg anyway, so it really defeated the purpose.)  All part of the mama-hood fun, right?

Now the real question: What on earth will I do when my daughter gets to that point?

What are your potty-training stories?  How old was your child when you started?  Did you have a couple attempts before it “stuck”?

Danielle recently moved from Iowa to Arizona with her husband Ryan and two children Caden and Mabel and is still working on the whole adjustment thing. Enjoying the scenery, making new friends, and finding her way around this crazy-fabulous place. You can learn more about Danielle here. 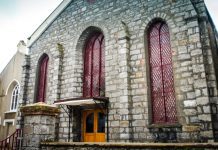 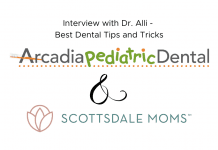 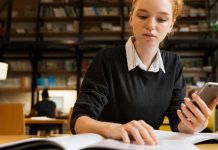